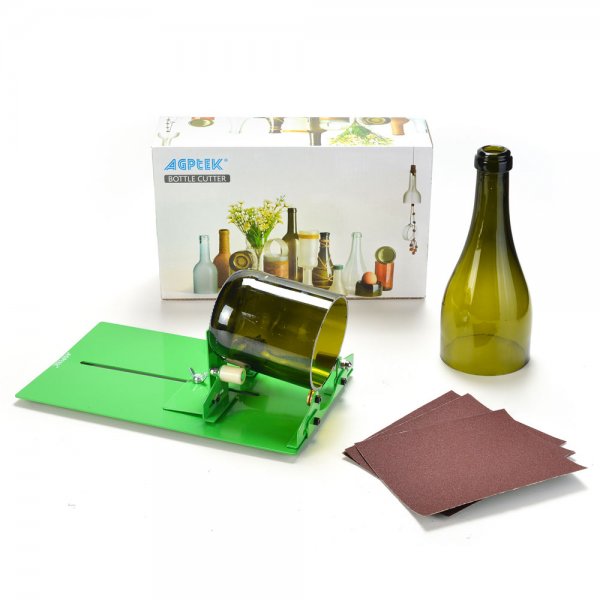 The cutter is a professional tool,here is some tips for using the cutter:

Sturdier and easier to use than plastic models, this highly durable metal bottle cutter will have you cutting bottles perfectly in the following 5 easy steps. This glass bottle cutter takes a bit of time to get used to, but once you’ve got the hang of it, you’ll be able to cut wine bottles up easily.

Bottle is placed lengthwise on Cutter with bottom flush against backstop and resting on the rollers. The position of the backstop and rear rollers determine the point at which you cut the bottle. To adjust length, loosen screw and slide backstop and rollers forward for a shorter cut and backward for a longer cut. To make an extremely shallow cut (for coasters, ash trays, etc.) remove screw from slot and reverse position of backstop. See sketch.

When cutting a bottle or jug of larger diameter (up to a gallon or larger), increase distance between rear rollers and backstop so that bottle rests securely on rollers.

Using a round smooth bottle with parallel sides, select the location for the desired cut. Adjust the backstop to this length and place the bottle on the cutter as shown in sketch.

A light etch is all that is required. Apply only slight pressure on the bottle while rotating the bottle toward you with your hands. Not the position of the hands in sketch. To assure an accurate cut, keep the bottle firm against the backstop. Do not allow the bottle to stop turning while scribing the etch. A slight crunching sound will signal the completion of the etch. ONE REVOLUTION OF THE BOTTLE IS ALL THAT IS NECESSARY. Best results are obtained, and damage to the cutter wheel is avoided when the etch is not duplicated. If the etch is properly scribed the ends will meet.

Before the bottle can be separated, it first must be uniformly heated. Light the candle and slowly rotate the bottle in one direction with the tip of the flame about an eigth of an inch directly under the etch. Usually about three or four revolutions are sufficient.

Then rotate the bottle two or three times at a faster pace to give a final uniform temperature to the glass. The bottle should feel hot to the touch, but not too hot to handle.

Place bottle in an upright position and, before te bottle cools, rub an ice cube around the etched line one or more revolutions until the etch becomes a crack. Crack should continue completely around the bottle.

If a slight tug on the two pieces fails to separate them, don’t try to force them apart. Return bottle to the candle flame and reheat the etch as in step 3. During this reheating process, you may hear audible “clicks” indicating that the uncracked portions along the etch are now cracking. After heating again, try to separate the two parts once more. Remember, don’t use undue force, let the glass work itself free! (Sometimes, it’s necessary to repeat the heating and cooling steps several times depending on the thickness of the glass.)

The finer polishing paper should be used to give a final smooth finish. Use water on the paper periodically while polishing.

We also have the E-BOOK for customers to read. Green hand and those art lover would love it. Please contact our customer services team after you order the item. 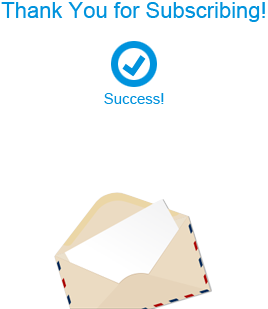